At the End of the Day by Liz Byrski 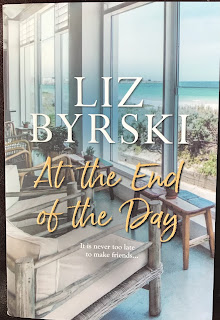 Two people meet at a stopover in Doha on the way from England to Perth, Western Australia. Mim is returning from one of her regular visits to Brighton in her homeland and Mathias is returning from visiting his close friend, Luc, in his homeland, Belgium. It is by a remarkable twist of fate that these two with so many similarities and with so much in common meet this way.

Mim and Mathias are both in their seventies and their ages are relevant to this story because Mim is suffering post-polio symptoms.  Poliomyelitis was a horrifying disease which was raging through the world in the 1950s although it had been afflicting people for many years before that; Franklin D Roosevelt was crippled by it in 1921. Mim was a five year old child in England when she was stricken by it.  A lot of children had it where I grew up on the northern beaches area of Sydney. A boy across the road from our place caught it and I remember his mother asking me to write him letters to remind him of home which she would take to the treatment centre in Collaroy where he had been sent. I’m afraid I could never think of much to tell him and I would love to read one of those childish notes now to see if they gave him an occasional smidgin of comfort. I can’t remember if we discussed them when he eventually returned. I should think he went off to reacquaint himself with the neighbourhood boys while I continued with my girl-centric existence.

The miraculous Dr Jonas Salk eventually appeared with his vaccine and I can’t imagine there were too many anti-vaxxers around  in those days because succeeding generations haven’t had to experience those horrible times. I was saddened to read in At the End of the Day that post-polio symptoms are now hitting in their later years those poor children who suffered so much back then.

Mim’s polio is important to the story because it shaped her personality and her life thereafter. She is a sweet, dear woman with friends who love her. She has built a good life for herself  in Fremantle where she owns and operates a lovely bookshop. Mathias, although being a world famous, highly successful writer, is a reserved man whose childhood was traumatised in a different way to Mim’s. They find that they are very pleased to have met each other and from that point on their lives unfold in a gentle, steady, meaningful way as only Liz Byrski can portray.

This is a book for Liz Byrski’s fans who will love it and I am sure lots of new readers will be thrilled to find her.

I have one very, very tiny criticism. I didn’t like Mim shouting at the gull on the verandah. All creatures great and small, Mim! Apart from that it is a terrific book and a 5 out of 5 from me. 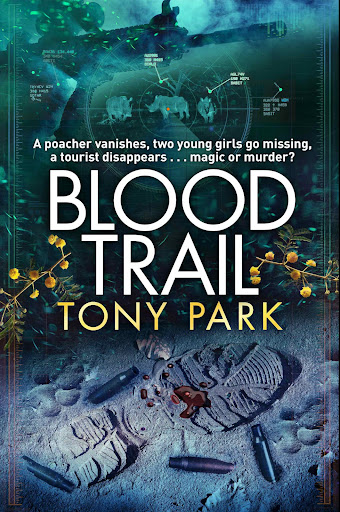